The Netherlands is a geographically low-lying country, with about 20% of its area and 21% of its population located below sea level, and 50% of its land lying less than one metre above sea level. The name The Netherlands literally mean "Low Countries".

Many parts of the country are man-made, caused by centuries of extensive and poorly controlled peat extraction, lowering the surface by several metres. That places are polders. To prevent The Netherlands for the water they've made many dikes, canals and pumping stations. In the country are the important rivers of Europe: the Rhine, the Waal and the Meuse.The Netherlands' landscape in average are flat, with only some hills in South-East area. 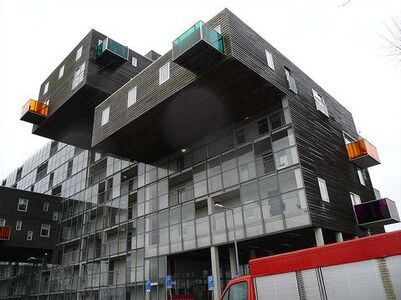 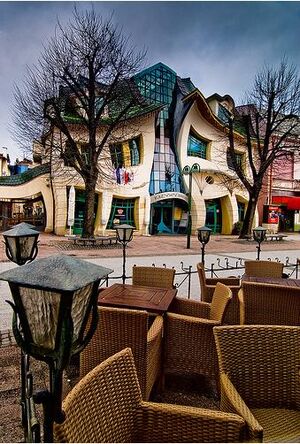 The Crooked House, Sopot
Add a photo to this gallery
Retrieved from "https://topography.fandom.com/wiki/The_Netherlands?oldid=7106"
Community content is available under CC-BY-SA unless otherwise noted.